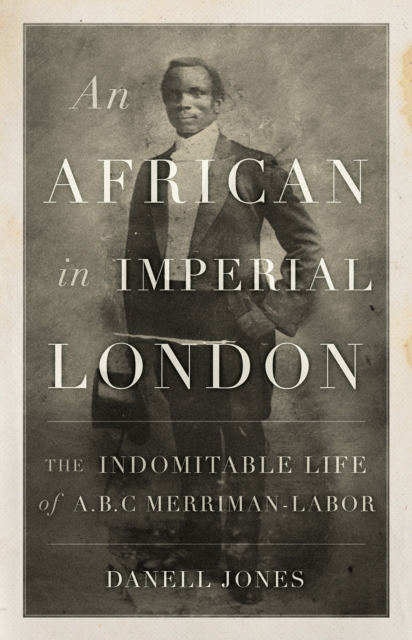 An African in Imperial London : The Indomitable Life of A. B. C. Merriman-Labor Paperback / softback

In a world dominated by the British Empire, and at a time when many Europeans considered black people inferior, Sierra Leonean writer A.

B. C. Merriman-Labor claimed his right to describe the world as he found it.

He looked at the Empire's great capital and laughed.

In this first biography of Merriman-Labor, Danell Jones describes the tragic spiral that pulled him down the social ladder from writer and barrister to munitions worker, from witty observer of the social order to patient in a state-run hospital for the poor.

In restoring this extraordinary man to the pantheon of African observers of colonialism, she opens a window onto racial attitudes in Edwardian London. An African in Imperial London is a rich portrait of a great metropolis, writhing its way into a new century of appalling social inequity, world-transforming inventions, and unprecedented demands for civil rights. WINNER OF THE HIGH PLAINS BOOK AWARD FOR NONFICTION