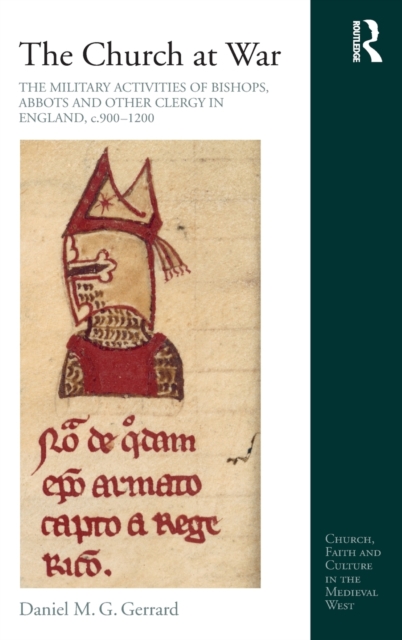 The Church at War: The Military Activities of Bishops, Abbots and Other Clergy in England, c. 900-1200 Hardback

Part of the Church, Faith and Culture in the Medieval West series

The fighting bishop or abbot is a familiar figure to medievalists and much of what is known of the military organization of England in this period is based on ecclesiastical evidence.

Unfortunately the fighting cleric has generally been regarded as merely a baron in clerical dress and has consequently fallen into the gap between military and ecclesiastical history.

This study addresses three main areas: which clergy engaged in military activity in England, why and when?

By what means did they do so? And how did others understand and react to these activities?

The book shows that, however vivid such characters as Odo of Bayeux might be in the historical imagination, there was no archetypal militant prelate.

There was enormous variation in the character of the clergy that became involved in warfare, their circumstances, the means by which they pursued their military objectives and the way in which they were treated by contemporaries and described by chroniclers.

An appreciation of the individual fighting cleric must be both thematically broad and keenly aware of his context.

Such individuals cannot therefore be simply slotted into easy categories, even (or perhaps especially) when those categories are informed by contemporary polemic.

The implications of this study for our understanding of clerical identity are considerable, as the easy distinction between clerics acting in a secular or ecclesiastical capacity almost entirely breaks down and the legal structures of the period are shown to be almost as equivocal and idiosyncratic as the literary depictions.

The implications for military history are equally striking as organisational structures are shown to be more temporary, fluid and 'political' than had previously been understood.