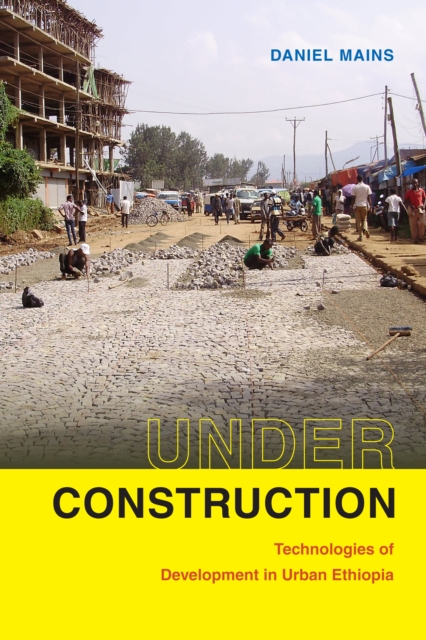 Under Construction : Technologies of Development in Urban Ethiopia Hardback

Over the past decade, Ethiopia has had one of the world's fastest growing economies, largely due to its investments in infrastructure, and it is through building dams, roads, and other infrastructure that the Ethiopian state seeks to become a middle-income country by 2025.

Yet most urban Ethiopians struggle to meet their daily needs and actively oppose a ruling party that they associate with corruption and mismanagement.

In Under Construction Daniel Mains explores the intersection of development and governance by examining the conflicts surrounding the construction of specific infrastructural technologies: asphalt and cobblestone roads, motorcycle taxis, and hydroelectric dams.

These projects serve as sites for nation building and the means for the state to assert its legitimacy.

The construction process-as well as Ethiopians' experience of living with the disruption of construction zones-reveals the tension and conflict between the promise of progress and the possibility of failure.

Mains demonstrates how infrastructures as both ethnographic sites and as a means of theorizing such concepts as progress, development, and the state offer a valuable contrast to accounts of African abjection and decline.