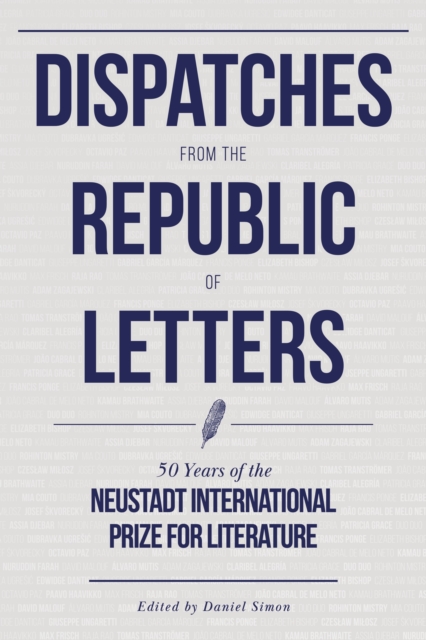 Dispatches from the Republic of Letters : 50 Years of the Neustadt International Prize for Literature Hardback

"The centrifugal pull of great literature, as embodied by the work of these twenty-five writers, draws us into a fuller realization of our humanity." - Daniel Simon, editor-in-chief of World Literature Today For the last fifty years, The Neustadt Prize has been one of the most prestigious literary prizes in the world, second only to the Nobel.

Poets, novelists, and playwrights from Gabriel Garcia Marquez to Czeslaw Milosz and Dubravka Ugresic are listed among the ranks of laureate.

Now, in honor of the fiftieth anniversary, Dispatches from the Republic of Letters gathers the acceptance speeches of these twenty-five pioneering writers into one volume, edited and with an introduction by World Literature Today editor-in-chief Daniel Simon.