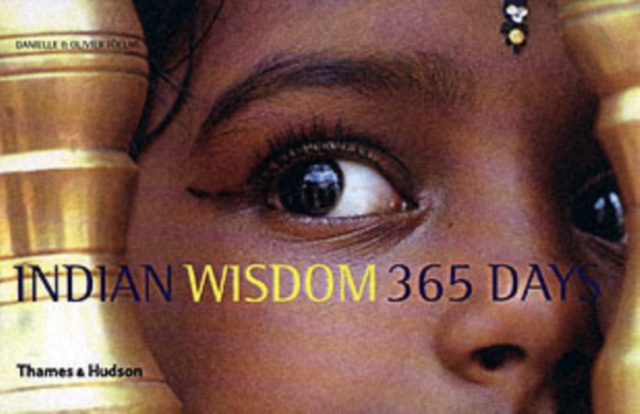 This remarkable yearbook presents the wise words of a great master, philosopher or poet for every day of the year, accompanied by Olivier Foellmi's beautiful and moving photographs of Indian people and places.

The effect is transcendental and transformative, awakening our senses and preparing our souls to receive these simple yet profound teachings. Contemporary specialists on Indian culture have also contributed to Indian Wisdom 365 Days, which draws on such timeless sources as poems by Rabindranath Tagore and Krishnamurti; the longest epic in world literature, the Mahabharata; and the most significant of the Hindu sacred writings, the Vedas. Danielle and Olivier Foellmi have written fifteen books, including Buddhist Himalayas, also published by Thames & Hudson.

They are the Dalai Lama's official photographers.