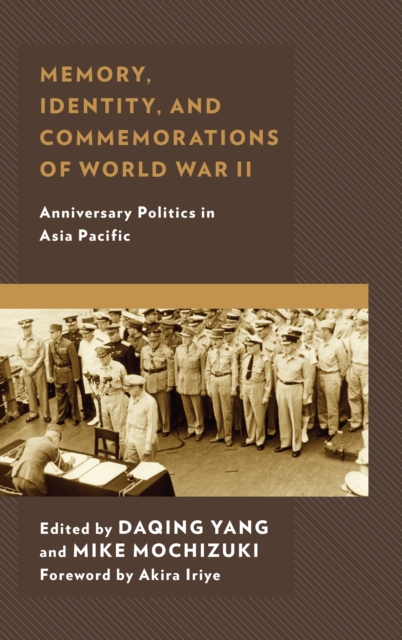 Why do some governments and societies attach great significance to a particular anniversary year whereas others seem less inclined to do so?

What motivates the orchestration of elaborate commemorative activities in some countries?

What are they supposed to accomplish, for both domestic and international audience?

In what ways are these commemorations intertwined with current international politics?This book presents the first large-scale analysis of how countries in the Asia Pacific and beyond commemorated the seventieth anniversaries of the end of World War II.

Consisting of in-depth case studies of China, Taiwan, Korea, Japan, Singapore, the Philippines, United States, Russia, and Germany, this unique collective effort demonstrates how memories of the past as reflected in public commemorations and contemporary politics-both internal and international-profoundly affect each other.