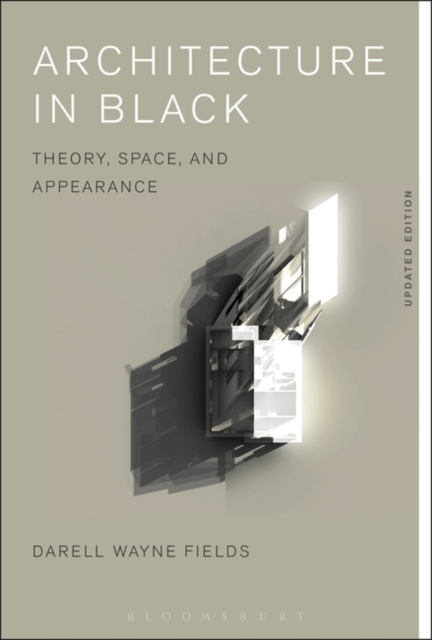 Based on analysis of historical, philosophical, and semiotic texts, Architecture in Black presents a systematic examination of the theoretical relationship between architecture and blackness.

Now updated, this original study draws on a wider range of case studies, highlighting the racial techniques that can legitimize modern historicity, philosophy and architectural theory. Arguing that architecture, as an aesthetic practice, and blackness, as a linguistic practice, operate within the same semiotic paradigm, Darell Fields employs a technique whereby works are related through the repetition and revision of their semiotic structures.

Fields reconstructs the genealogy of a black racial subject, represented by the simultaneous reading of a range of canonical texts from Hegel to Saussure to Henry Louis Gates, Jr. Combining an historical survey of racial discourse with new readings resulting from advanced semiotic techniques doubling as spatial arrangements, Architecture in Black is an important contribution to studies of the racial in Western thought and its impact on architecture, space and time.