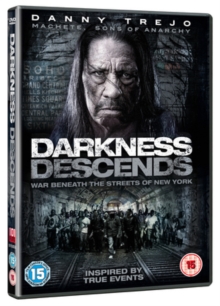 Film-maker Chelsea (Kinga Philipps) heads into the desterted subway tunnels of New York City to document the lives of the homeless people who reside there.

She discovers that one of the residents is ruthless gang leader Angel (Trejo), who rules over the tunnels and is planning a revolt against the world above.

As the situation gets out of control, Chelsea and her new underground acquaintances find themselves in an increasingly dangerous predicament...