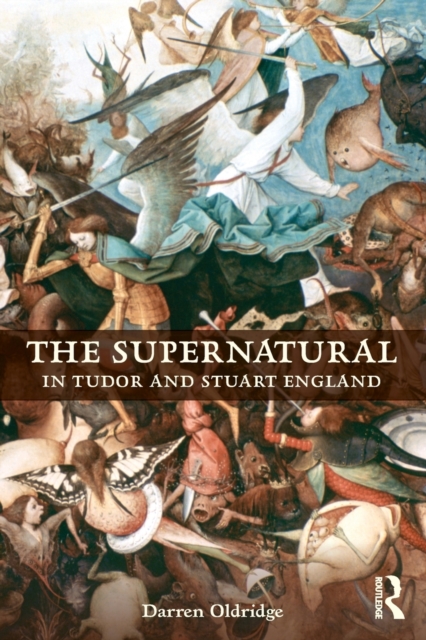 The Supernatural in Tudor and Stuart England Paperback / softback

The Supernatural in Tudor and Stuart England reflects upon the boundaries between the natural and the otherworldly in early modern England as they were understood by the people of the time.

The book places supernatural beliefs and events in the context of the English Reformation to show how early modern people reacted to the world of unseen spirits and magical influences.

It sets out the conceptual foundations of early modern encounters with the supernatural, and shows how occult beliefs penetrated almost every aspect of life.

Darren Oldridge considers many of the spiritual forces that pervaded early modern England: an immanent God who sometimes expressed Himself through 'signs and wonders' and the various lesser inhabitants of the world of spirits including ghosts, goblins, demons and angels.

He explores human attempts to comprehend, harness or accommodate these powers through magic and witchcraft, and the role of the supernatural in early modern science.

This book presents a concise and accessible up-to-date synthesis of the scholarship of the supernatural in Tudor and Stuart England.

It will be essential reading for students of early modern England, religion, witchcraft and the supernatural.