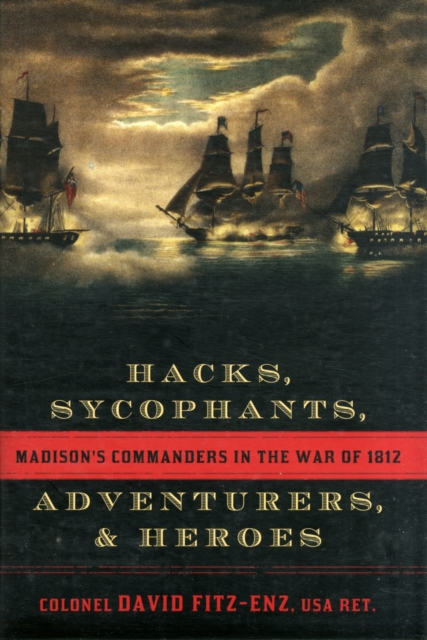 Hacks, Sycophants, Adventurers, and Heroes : Madison's Commanders in the War of 1812 Hardback

While President James Madison was a brilliant scholar, author of much of this country's early documents, organizer of the executive branch of government, and an astute politician, he was no commander-in-chief.

He relied totally upon appointed commodores and generals to conduct a war for the conquest of Canada on one hand and survival on the other.

Often confused by advisors of little military talent, in the end he put his trust, and that of the people, in the grasp of hacks, sycophants, adventurers, and a few good men.

This is the story of the good, the bad, and the outrageous that held the future of the young nation in their hands and prevailed in spite of a twenty-one-ship navy and an amateur army, pitched at the greatest military machine of its time.