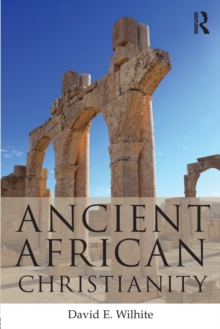 Ancient African Christianity : An Introduction to a Unique Context and Tradition Paperback / softback

Christianity spread across North Africa early, and it remained there as a powerful force much longer than anticipated.

While this African form of Christianity largely shared the Latin language and Roman culture of the wider empire, it also represented a unique tradition that was shaped by its context.

Ancient African Christianity attempts to tell the story of Christianity in Africa from its inception to its eventual disappearance.

Well-known writers such as Tertullian, Cyprian, and Augustine are studied in light of their African identity, and this tradition is explored in all its various expressions.

This book is ideal for all students of African Christianity and also a key introduction for anyone wanting to know more about the history, religion, and philosophy of these early influential Christians whose impact has extended far beyond the African landscape.