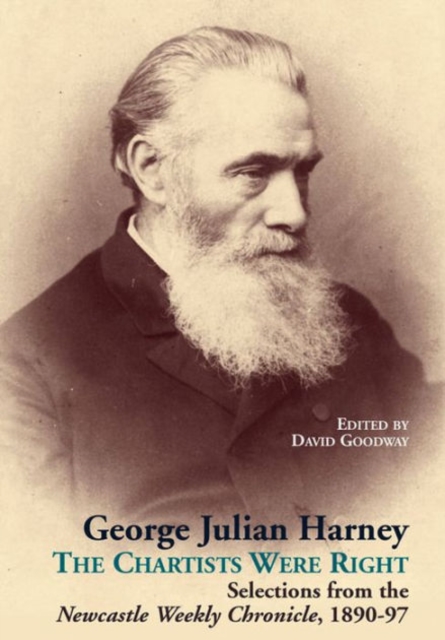 George Julian Harney was one of the half-dozen most important leaders of Chartism.

This selection from the Newcastle Weekly Chronicle is the first book to reprint any of his journalism. Harney is a key figure in the history of English radicalism. His long life witnessed the Chartist movement from 1830s through to the beginnings of socialism from the 1880s. He wrote about literature, foreign affairs and politics, subjects that should interest anyone with an interest in Victorian Studies. In his youth Harney was an admirer of the most radical figures of the French Revolution.

The youngest member of the first Chartist Convention, he was an advocate of physical-force Chartism in 1838-9.

His interest to historians has tended to be as the friend of Marx and Engels, the publisher of the first English translation of the Communist Manifesto and leader, with Ernest Jones, of the Chartist left in the early 1850s. Yet his finest period had been 1843-50, when he worked on the Northern Star: for five years he was an outstanding editor of a great newspaper. Almost everyone will be astonished to discover that not only did he live until as late as 1897, but also that in the 1890s he was producing a weekly column for the Newcastle Weekly Chronicle edited by W.E.

Adams, another old Chartist and his younger admirer.

The column was superbly written, politically challenging, and vigorously polymathic. This is the first selection of Harney's writings to be published.