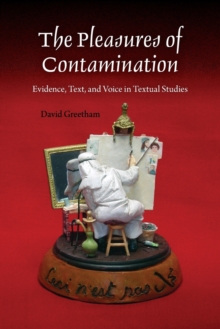 The Pleasures of Contamination : Evidence, Text, and Voice in Textual Studies Paperback / softback

Part of the Textual Cultures: Theory and Praxis series

Through the concept of contamination, David Greetham highlights various ways that one text may invade another, carrying with it a residue of potential meaning.

While the focus of this study is on written works, the scope ranges widely over music, politics, art, science, philosophy, religion, and social studies.

Greetham argues that this sort of contamination is not only ubiquitous in contemporary culture, but may also be a necessary and beneficial circumstance.

Tracing contamination from the Middle Ages onward, he takes up issues such as the placement of quote marks in Keats's "Ode to a Grecian Urn," the controversy over the use of evidence for "yellowcake" uranium in Niger, and the reconstitution of reality on YouTube, to illustrate that the basic questions of evidence, fact, and voice have always been slippery concepts.

Also by David Greetham   |  View all 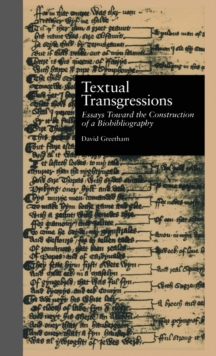 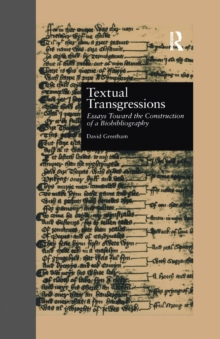 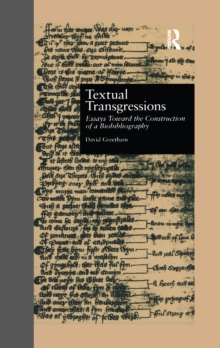