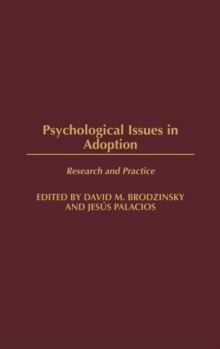 In this book, leading researchers spotlight how dramatically the practice of adoption has changed both in North America and Europe in recent decades due to, among other factors, a falling rate of domestically born infants being placed for adoption.

This has resulted in a rise in international adoption, children of color being placed with Caucasian parents, increased foster care and special needs adoptions including children exposed to prenatal alcohol and drug use as well as maltreatment by birth parents.

Also examined is the far more diverse group of adults being granted adoption rights, including single and homosexual parents.

Although earlier research showed adoptees more likely to experience school problems and psychological disorders, recent studies show the differences in these areas between adoptees and non-adoptees to be relatively small.

Models guiding adoption research are beginning to emphasize resilience and positive adaptation, rather than risk and psychopathology.

This handbook will be of interest to all involved with adoption policy and practice. 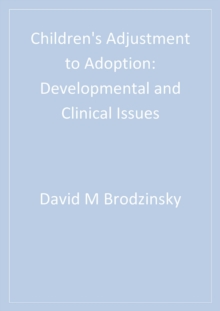