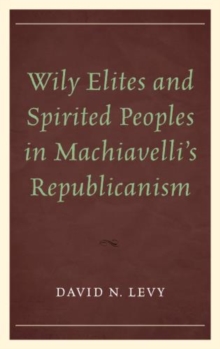 In his Discourses on Livy, he argues that republican liberty depends upon a contentious mixture of elitism and populism.

Only the elite's wily pursuit of domination, combined with the people's spirited resistance to such domination, can produce that compromise between servitude and license known as liberty.

The task of the founder and the statesman is to construct and maintain the appropriate "orders and modes" within which each party to the conflict can make its appropriate contribution.

The elite, at its best, contributes prudence, military virtue, and the capacity to innovate, while the people contributes moral and political stability.

David Levy explains and defends Machiavelli's conception of liberty as conflict, and then uses that conception as the lens through which to understand his views on religion, war and imperialism, goodness and corruption, and the relation between republics and princes.

Also discussed is Machiavelli's own kind of wiliness: his artful and often ironic mode of writing.

Levy shows that Machiavelli's republican teaching as a whole remains persuasive today, and deserves careful consideration by all those concerned with the survival and the success of liberty. This book will be of interest both to beginning and more advanced students of Machiavelli, as well as to students of modern republicanism and of the history of ideas. 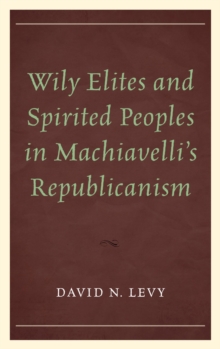 Wily Elites and Spirited Peoples in...