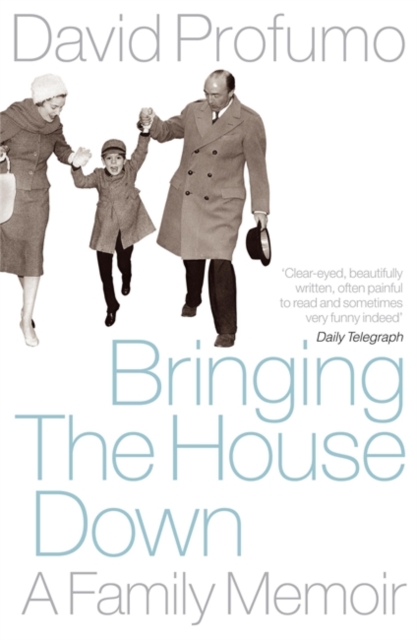 Bringing the House Down Paperback / softback

David Profumo was just seven when his father, who had been Secretary of State for War, resigned from the Macmillan government.

Despite the furore and humiliation that followed, his parents famously stayed together - and now, forty years on, their son has written this long-awaited account of their family life before, during and after the sensational events of 1963.

Drawing on diaries, letters and other memorabilia never before made public, Bringing The House Down describes their background and careers before they met.

After an apprenticeship in Hollywood during her teenage years, the beautiful Valerie Hobson went on to star in numerous British films before her stage triumph in 'The King and I'; John Profumo had been the youngest MP during the Second World War, became a Brigadier at the age of thirty, and was rapidly rising through the ranks of the Conservative party.

This is the story of their complicated courtship and volatile marriage, the destruction of their glamorous lifestyle and their endurance of the aftermath.

By turns intimate, caustic and poignant, their only child's personal memoir of their three lives together not only puts flesh on the bones of the old family skeleton but also offers a remarkable portrait of a love affair that somehow survived in a world turned upside down.