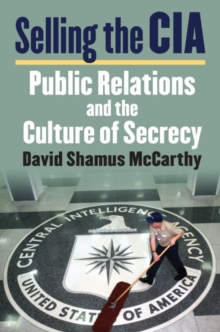 Selling the CIA : Public Relations and the Culture of Secrecy Hardback

Dubbed the "Year of Intelligence," 1975 was not a good year for the Central Intelligence Agency (CIA).

Caught spying on American citizens, the agency was under investigation, indicted in shocking headlines, its future covert operations at risk.

Like so many others caught up in public scandal, the CIA turned to public relations.

This book tells what happened next. In the mid-1970s CIA officials developed a public relations strategy to fend off the agency's critics.

In Selling the CIA David Shamus McCarthy describes a PR campaign that proceeded with remarkable continuity-and effectiveness-through the decades and regimes that followed.

He deftly chronicles the agency's efforts to project an image of openness and accountability, even as it did its best to put a positive spin on secrecy-"[m]ore openness with greater secrecy," in the Orwellian words of one director of public affairs.

A tale of machinations and manipulation worthy of Hollywood, McCarthy's work exposes a culture of secrecy unwittingly sustained by the forces of popular culture; a public relations offensive working on all fronts to perpetuate the CIA's mystique as the heroic guardian of national security. "Our failures are known, our successes are not" has been the guiding mantra of this initiative.

Selling the CIA spotlights how the agency's success in outmaneuvering Congress and avoiding public scrutiny stands as a direct threat to American democracy. 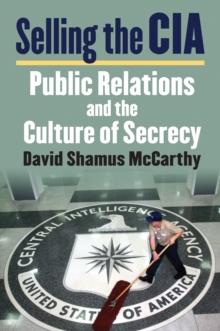