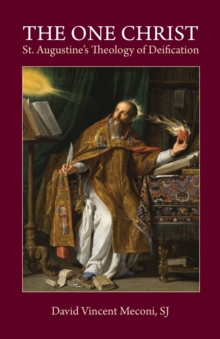 The One Christ : St. Augustine's Theology of Deification Paperback / softback

Provocative passages on deification abound in St. Augustine of Hippo. He relies on the term "deification" far more than other Latin fathers do.

Even more important, the reality of the deified life runs throughout every major aspect of Augustine's presentation of Christianity. By tracing how deification and related metaphors appear throughout Augustine's writings, David Meconi corrects generations of faulty readings on this crucial patristic theme.

For Augustine, the Christian life is essentially an incorporation of the elect into the very person of Christ, forming his mystical body inchoately now in via and perfectly in patria.

This is the "whole Christ," the totus Christus, where Christ and Christian become one through the charity of the Holy Spirit and the church's sacraments that elevate and enable men and women to participate in God's own life.

This work opens by showing how the metaphysic of deification are set in principio, as all creation is an imitation of the Logos.

Among all creatures, though, the human person alone bears the imago Dei, and emerges as the one called to appropriate God's life freely.

For this purpose, the Son becomes human. By treating Augustine's passages on deification both chronologically and constructively, Meconi situates Augustine in a long chorus of Christian pastors and theologians who understand the essence of Christianity as the human person's total and transformative union with God. 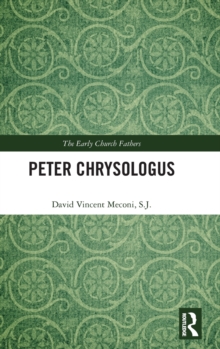