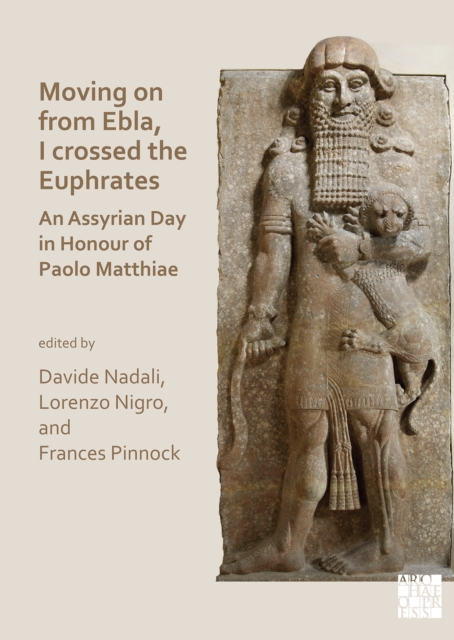 Moving on from Ebla, I crossed the Euphrates: An Assyrian Day in Honour of Paolo Matthiae Paperback / softback

'Moving on from Ebla, I crossed the Euphrates' collects six articles by leading international scholars on the culture of the Assyrian world as a homage to Paolo Matthiae on the occasion of his 80th birthday.

Paolo Matthiae is known internationally for the discovery of the site of ancient Ebla in Syria, but he also wrote groundbreaking books and scientific contributions about the Assyrians, predominantly from an art historical perspective.

The articles deal with different aspects of this culture, with innovative and sometimes unexpected points of view, including the reception of some elements of the Assyrian culture in the contemporary world.