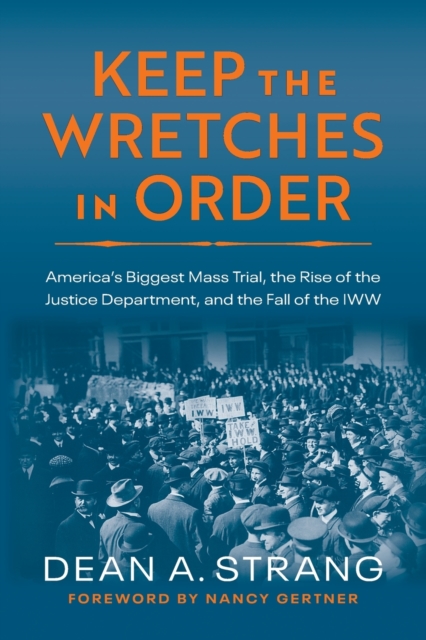 Keep the Wretches in Order : America's Biggest Mass Trial, the Rise of the Justice Department, and the Fall of the IWW Paperback / softback

Before World War I, the government reaction to labor dissent had been local, ad hoc, and quasi-military.

Sheriffs, mayors, or governors would deputize strikebreakers or call out the state militia, usually at the bidding of employers.

When the United States entered the conflict in 1917, government and industry feared that strikes would endanger war production; a more coordinated, national strategy would be necessary.

To prevent stoppages, the Department of Justice embarked on a sweeping new effort-replacing gunmen with lawyers.

The department systematically targeted the nation's most radical and innovative union, the Industrial Workers of the World, also known as the Wobblies, resulting in the largest mass trial in U.S. history. In the first legal history of this federal trial, Dean Strang shows how the case laid the groundwork for a fundamentally different strategy to stifle radical threats, and had a major role in shaping the modern Justice Department.

As the trial unfolded, it became an exercise of raw force, raising serious questions about its legitimacy and revealing the fragility of a criminal justice system under great external pressure.