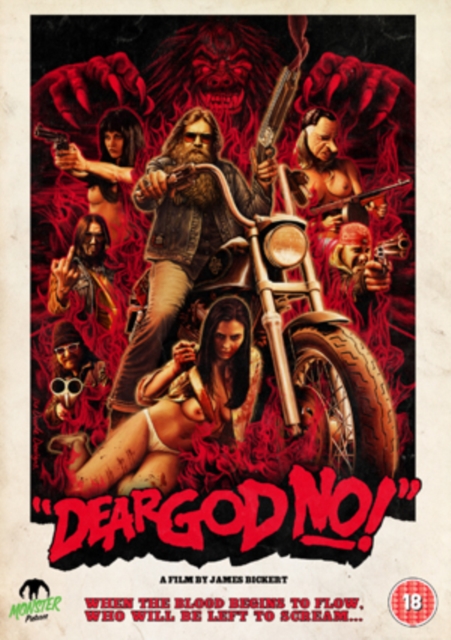 Raucous horror from director James Bickert that pays homage to the grindhouse films of the 1970s.

A group of bikers known as The Impalers, led by Jett (Jett Bryant), are on the run after a gang conflict led to mass murder and chaos.

The gang decide to take refuge in a remote cabin in the mountains of Georgia, but haven't allowed for the fact that, for once, they may not be the most destructive force in the region.

A fanatical scientist, Dr Marco (Paul McComiskey), has been conducting dangerous and depraved experiments in the region for some time.

When the forces of evil collide there is bound to be carnage...