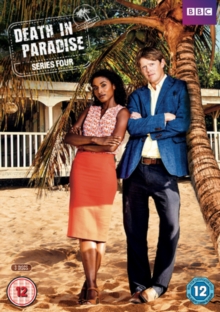 The entire fourth series of the BBC crime drama set on the tropical Caribbean island of Saint-Marie.

With D.I. Humphrey Goodman (Kris Marshall) now chief investigator following the death of his predecessor Richard Poole, he is tasked with solving the various crimes that continually plague the small island.

With help from D.S. Camille Bordley (Sara Martins), Goodman must investigate a seemingly supernatural case and solve the murder of a bride-to-be who died on the morning of her wedding day.

The episodes are: 'Stab in the Dark', 'Hidden Secrets', 'Damned If You Do...', 'Until Death Do You Part', 'Swimming in Murder', 'The Perfect Murder', 'She Was Murdered Twice' and 'Unlike Father, Unlike Son'.