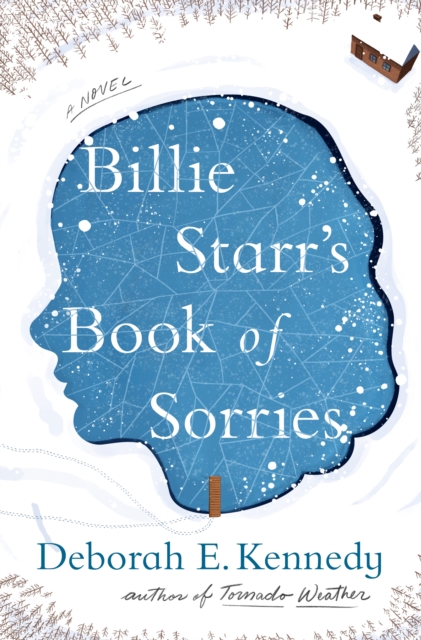 Jenny Newberg, Queen of Bad Decisions, is about to make another one.

In a small town where everyone knows everyone's business, down-on-her-luck single mother Jenny is on a first-name basis with the debt collector at the bank, who is moving toward foreclosure.

She is constantly apologizing to her precocious young daughter, Billie Starr, who is filling a book with her mother's sorries, and it seems to Jenny that no apology will ever be enough. Then a pair of strangers in black suits offers her a hefty check to seduce someone known as the Candidate.

Finally, something will go her way. But nothing ever goes as Jenny plans, and she is swept into the Candidate's orbit.

Surrounded by a wide universe of new ideas, she realizes how constrained her life has been by the expectations of everyone around her, and she starts to see how much more she might be capable of. And when her world is rocked to its core and Billie Starr may be in danger, Jenny is forced to do what she once thought impossible: trust in herself and her own power to make things right. Shimmering with rage and sparkling with subtle humor, Billie Starr's Book of Sorries showcases Edgar Award-nominee Kennedy's singular voice as Jenny, a heroine in the vein of Olive Kitteridge and Miles Roby, shines a light on the town of Benson, Indiana, where lakes, grudges, and family rifts run deep - but so does a mother's love.