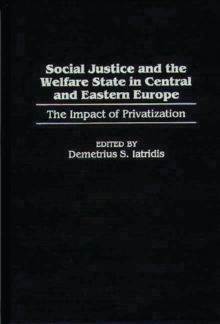 Social Justice and the Welfare State in Central and Eastern Europe : The Impact of Privatization Hardback

With the collapse of the Eastern Bloc, Central and Eastern European states have had to confront fundamental changes in economic, social, and governmental structures.

So far, many of these countries in transition from a command to a market-based system have experienced rapid deterioration of socioeconomic conditions and standards of living.

Although there have been successes in some areas, such as greater political and consumer choices, the overall situation has reached crisis proportions, as evidenced by increased unemployment, crime, and family disorganization. The essays in this collection address significant issues dealing with the frameworks of social justice and equality, policies for families and women, implications for the welfare state, and the impact on health care.

As such, the collection is invaluable for all scholars and researchers involved with contemporary Central and Eastern European public policy and social conditions. 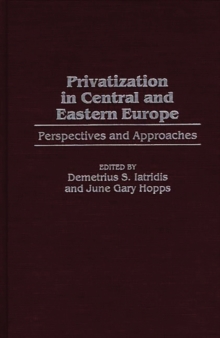 Privatization in Central and Eastern...