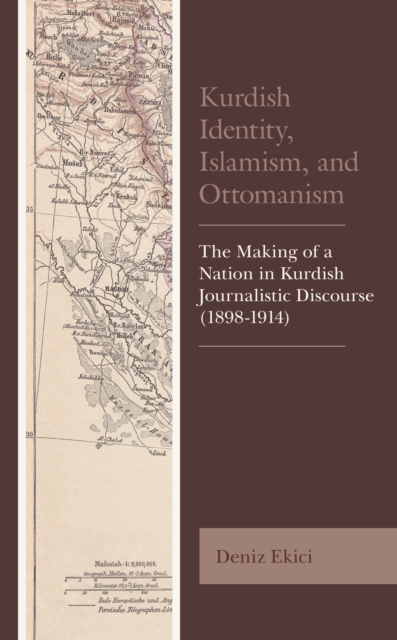 Kurdish Identity, Islamism, and Ottomanism : The Making of a Nation in Kurdish Journalistic Discourse (1898-1914) Hardback

Part of the Kurdish Societies, Politics, and International Relations series

A major common misconception in scholarship on Kurdish journalistic discourses is that Kurdish intellectuals of the late Ottoman period cannot be portrayed as Kurdish nationalists.

This theory prevails because of the belief that they not only endorsed and promoted Pan-Islamism and Ottoman nationalism instead of Kurdish ethnic nationalism, but also because they allegedly eschewed political demands and instead concerned themselves with ethno-cultural issues to articulate forms of "Kurdism" rather than "Kurdish nationalism." Refuting this underlying misconstruction of the nexus between Pan-Islamism, Ottomanism, and Kurdish nationalism, this book argues, based on empirical findings, that the Kurdish periodicals of the late Ottoman period served as a communicative space in which Kurdish intellectuals negotiated and disseminated an unmistakable form of Kurdish nationalism.