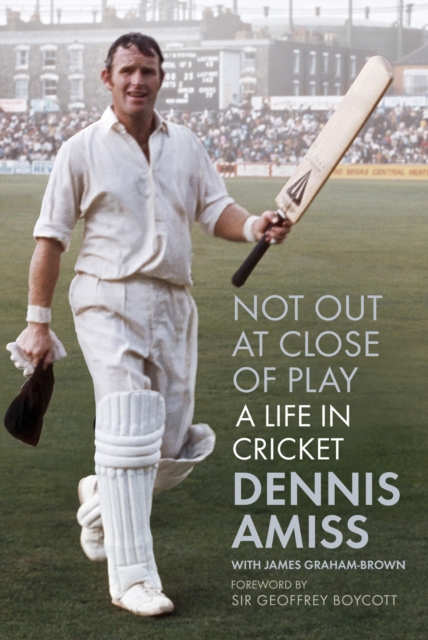 Not Out at Close of Play : A Life in Cricket Hardback

You could argue that Dennis Amiss' 7 decade cricket career started the day he was born, when his parents named him after not one but two celebrated cricketers. Or maybe it started when he was 7, sneaking into the Birmingham Cooperative Society to play a few matches with his friends! Or perhaps it was on 7 April 1958; not only his 15th birthday, but also his first day as a professional cricketer.

There's no denying that Amiss has had an extraordinary career.

He is one of England's cricketing greats, with 100 first-class hundreds to his name and a place as one of Wisden's Cricketers of the Year.

Hugely well-respected on and off the pitch, he didn't shy away from controversy, taking part in the 1982 'Rebel Tour' of Apartheid South Africa, and somehow ending up in the midst of the battle between World Series Cricket and the England Cricket Board.

Not Out at Close of Play is the story of how passion, commitment and practice took a boy from the backstreets of Birmingham to worldwide cricket stardom.