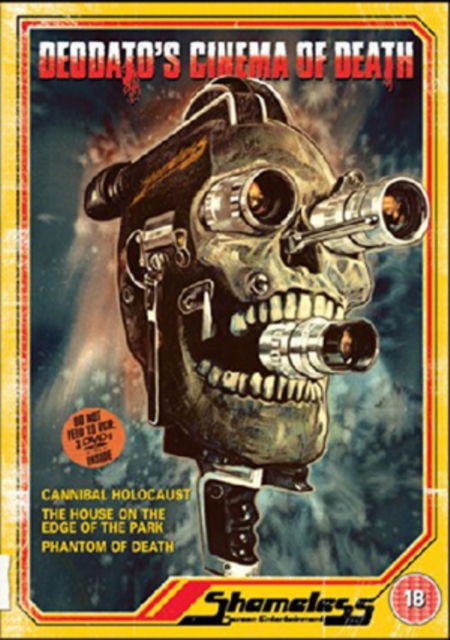 Collection of three films from Italian director Ruggero Deodato. 'Cannibal Holocaust' (1980) follows a group of documentary film-makers who head out to the South American jungle in seach of real-life cannibals.

When they fail to send messages home their colleagues begin to worry and, six months later, send out a second expedition to look for them.

However, after travelling deep into the jungle the only evidence the second team manages to find of the first is their cans of exposed film footage; footage which shows them to have been successful in their search. 'The House On the Edge of the Park' (1980) stars David Hess as Alex, a psychotic rapist and killer who works in a garage with his slow-witted friend Ricky (Giovanni Lombardo Radice).

When young couple Tom (Cristian Borromeo) and Lisa (Annie Belle) experience car trouble, they pull into the garage for help.

As a thank you, Tom invites Alex and Ricky along to a party.

Once there, Alex entertains himself by holding the guests hostage and subjecting them to rape and torture. 'Phantom of Death' (1988) stars Donald Pleasence as Police Commissioner Datti.

While Datti is investigating the murder of a female doctor, the girlfriend of pianist Robert Dominici (Michael York) is also found dead.

The killer challenges Datti on the phone saying he can't be caught since he has a secret which makes him immune.

Will his secret be revealed in time to save the next victim?