More Disputes and Differences : Essays on the History of Arbitration and its Continuing Relevance Hardback

More Disputes and Differences: Essays on the History of Arbitration and its Continuing Relevance, is the last volume worked on by Derek Roebuck, though not quite completed before his death in 2020.

It has, therefore, been prepared for publication by his widow, and sometimes co-author, women's historian Susanna Hoe.

It comprises articles, lectures and chapters dating from his 2010 volume Disputes and Differences: Comparisons in Law, Language and History.

But, whereas the chapters of that earlier, thematic work were quite disparate, this book, particularly in part 1, 'The Past', encompasses the history of arbitration and mediation from prehistory to the early nineteenth century.

What makes this volume particularly interesting is that it is possible, as chapter follows chapter, to deduce which of Derek Roebuck's multi-volume histories he was working on at the time, and what other works he was reading or hearing then.

Part 3 - 'Language, Research and Comparison', features works that bow to the author's particular interests and their connection to arbitration and its history. And he had a rule that, where possible, he would suggest what research still needed to be done, hence 'ADR in Business: Topics for Research' (2012).

The final chapter - 'Return to that Other Country: Legal History and Comparative Law' (2019) - one of the last pieces written, says it all. 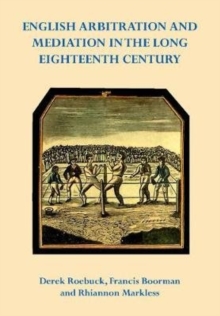 English Arbitration and Mediation in the Long Eighteenth Century 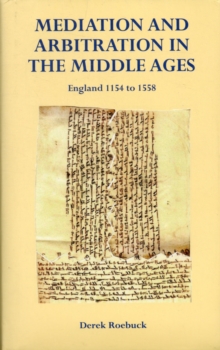 Mediation and Arbitration in the Middle Ages: England 1154 to 1558 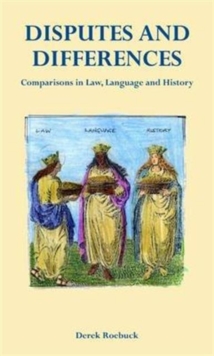 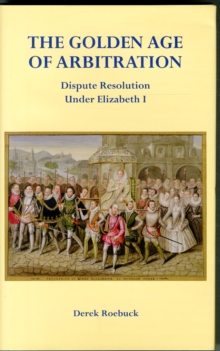 The Golden Age of Arbitration