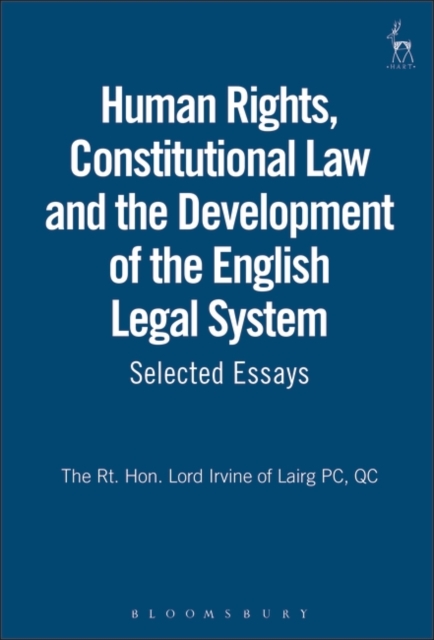 This is a selection of Lord Irvine's major lectures and articles since 1995.

It surveys the constitutional revolution that has taken place in Britain since the Labour Government came to power in 1997, taking in devolution and House of Lords reform, but with a particular focus on human rights.

The evolution of a new human rights culture is traced, from the policy underlying the Human Rights Act 1998, through the scheme of the legislation and the preparations for implementation, to an analysis of the impact of the Act during its first two years.

The work is of particular interest because Lord Irvine chaired the four main Cabinet Committees on constitutional change and introduced the Human Rights Bill to Parliament.

Lord Irvine also considers the development and practice of public and administrative law, and the constitutional role of the British judiciary and the Lord Chancellor within our unique separation of powers. Alongside forays into criminal, commercial, and medical law, the collection also embraces an international perspective, with essays on the influence in Britain of european law; comparative analyses of key aspects of English, American and French jurisprudence; and a discussion of the continuing relevance of Magna Carta in Britain and Australia.

This collection is a timely contribution to the debate on human rights, constitutional law and the English legal system at the turn of the new millennium, and will be of interest to judges, academics, practitioners and students.