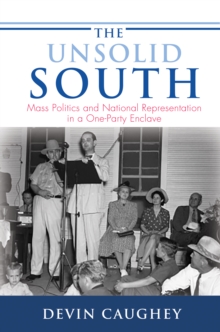 During the Jim Crow era, the Democratic Party dominated the American South, presiding over a racially segregated society while also playing an outsized role in national politics.

In this compelling book, Devin Caughey provides an entirely new understanding of electoral competition and national representation in this exclusionary one-party enclave.

Challenging the notion that the Democratic Party's political monopoly inhibited competition and served only the Southern elite, he demonstrates how Democratic primaries-even as they excluded African Americans-provided forums for ordinary whites to press their interests. Focusing on politics during and after the New Deal, Caughey shows that congressional primary elections effectively substituted for partisan competition, in part because the spillover from national party conflict helped compensate for the informational deficits of elections without party labels.

Defying the received wisdom, this evidence reveals that members of Congress from the one-party South were no less responsive to their electorates than members from states with true partisan competition. Reinterpreting a critical period in American history, The Unsolid South reshapes our understanding of the role of parties in democratic theory and sheds critical new light on electoral politics in authoritarian regimes. 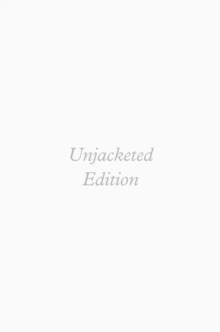 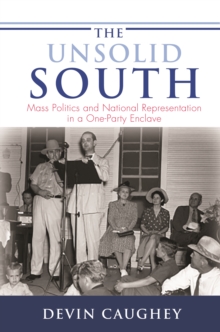