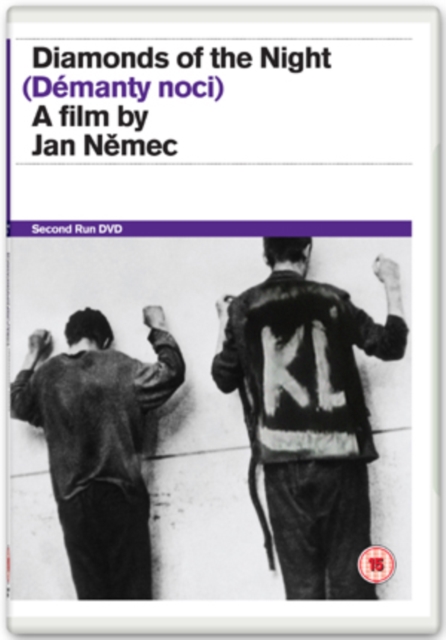 Diamonds of the Night DVD

Jan Nemec, enfant terrible of the Czech New Wave, directs this starkly surrealist drama telling the brutal story of two Jewish boys who escape from a train transporting them from one Nazi death camp to another.

As the boys run through the rugged and unfamiliar terrain, hounded by a band of armed German villagers, their flight is interpolated by their dreams, hallucinations, fantasies and memories.