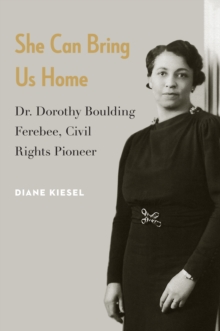 Long before it became the slogan of the Obama campaign, Dr. Dorothy Ferebee (1898-1980) lived by the motto "Yes, We Can." An African American elite descended from lawyers, journalists, politicians, and possibly a white governor of Virginia, Ferebee was an obstetrician and civil rights activist from Washington, D.C. She was articulate, attractive, and effective as well as relentlessly self-promoting and tragically flawed. At a time when African Americans faced Jim Crow segregation, menial job opportunities and lynch mobs, Dorothy Ferebee advised presidents on civil rights and assisted foreign governments on public health issues. In high heels and a silk dress, she stood up to gun toting plantation owners, determined to bring health care to sharecroppers during the Great Depression through her famous Mississippi Health Project. She was president of the powerful National Council of Negro Women in the nascent civil rights era and later ran the 200,000 member Alpha Kappa Alpha black service sorority. A household name in black America for 40 years, known to presidents from FDR through Jimmy Carter, Ferebee was the media darling of the thriving black press.

Ironically, her fame faded and her relevance waned as African Americans achieved the political power for which she fought.