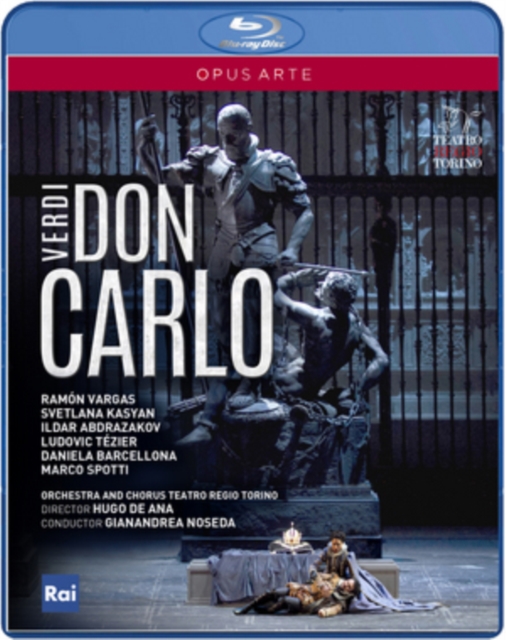 Gianandrea Noseda conducts the Teatro Regio Torino Orchestra and Chorus in this production of Verdi's opera, performed in celebration of the 40th anniversary of the theatre's reopening in 1973.

The cast includes Ramón Vargas in the title role, with Svetlana Kasyan as Elisabeth of Valois, Ildar Abdrazakov as Philip II and Ludovic Tézier as Rodrigo, Marquis of Posa.