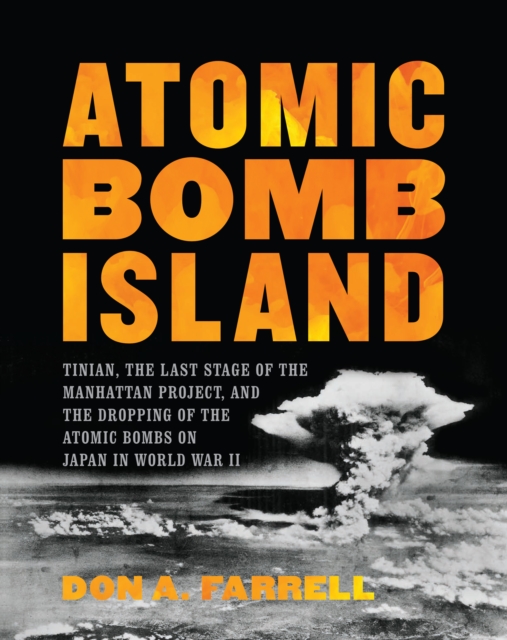 Atomic Bomb Island : How the Atomic Bombs Were Dropped on Japan in World War II Hardback

Atomic Bomb Island tells the story of an elite, top-secret team of soldiers, sailors, Marines, airmen, scientists, and engineers who came to Tinian in the Marianas in the middle of 1945 to prepare the island for delivery of the atomic bombs then being developed in New Mexico, to finalize the designs of the bombs themselves, and to launch the missions that would unleash hell on Japan.

Almost exactly a year before the atomic bombs were dropped, strategically important Tinian was captured by Marines - because it was only 1,500 miles from Japan and its terrain afforded ideal runways for the new B-29 bombers that could launch here and pound Japan.

In the months that followed, the U.S. turned virtually all of Tinian into a giant airbase, with streets laid out to resemble Manhattan, complete with a Broadway, Central Park, and Greenwich Village - a Marianas city where the bombs could be assembled, the heavily laden B-29s could be launched, and the Manhattan Project scientists could do their last work.

Don Farrell has done this story incredible justice for the 75th anniversary.

The book is a thoroughly researched, beautifully illustrated mosaic of the final phase of the Manhattan Project, from the Battle of Tinian and the USS Indianapolis to Hiroshima and Nagasaki.