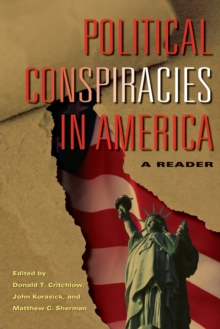 Conspiracy theories have been a part of the American experience since colonial times.

There is a rich literature on conspiracies involving, among others, Masons, Catholics, Mormons, Jews, financiers, Communists, and internationalists.

Although many conspiracy theories appear irrational, an exaggerated fear of a conspiracy sometimes proves to be well founded.

This anthology provides students with documents relating to some of the more important and interesting conspiracy theories in American history and politics, some based on reality, many chiefly on paranoia.

It provides a fascinating look at a persistent and at times troubling aspect of democratic society.