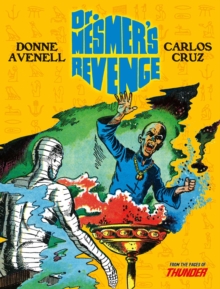 Together they set out to retrieve the missing items, bringing terror and destruction in their wake!

Can anybody stop them? Both the army and constabulary will need to work together in order to stop Dr. Mesmer and his unearthly ally!,