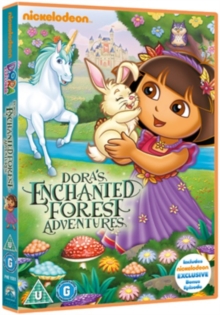 In 'Unicorn King' one of Dora's friends is appointed King of the Enchanted Forest and immediately seeks out Dora (voice of Kathleen Herles) and her red-booted monkey, Boots (Harrison Chad), for advice on what to with the position.

In 'The Secret of Atlantis' Dora and Boots attempt to raise the lost continent of Atlantis by bringing peace to the ancient feud between unicorns and dragons.

In 'Dora Saves King Unicornio' Dora and Boots return to the Enchanted Forest and attempt to reclaim it from Owl, who has set up new rules in their absence that the forest residents consider unfair.