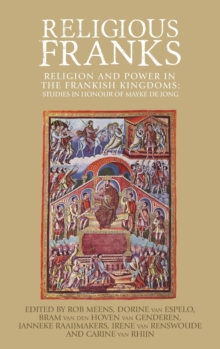 This volume in honour of Mayke De Jong offers twenty-five essays focused upon the importance of religion to Frankish politics, a discourse to which De Jong herself has contributed greatly in her academic career.

The prominent and internationally renowned contributors offer fresh perspectives on various themes such as the nature of royal authority, the definition of polity, unity and dissent, ideas of correction and discipline, the power of rhetoric and the rhetoric of power, and the diverse ways in which power was institutionalised and employed by lay and ecclesiastical authorities.

As such, this volume offers a uniquely comprehensive and valuable contribution to the field of medieval history, in particular the study of the Frankish world in the eighth and ninth centuries. -- .