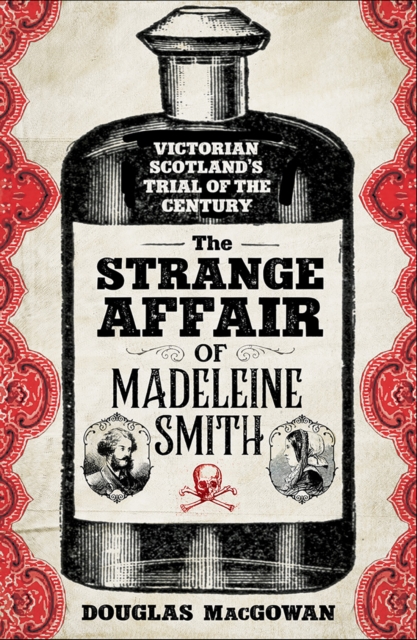 It was a case that rocked Victorian society. Emile L'Angelier was a working-class immigrant from the Channel Islands who began a clandestine affair with prominent Glasgow socialite Madeleine Smith.

Six weeks after Emile threatened to show Madeleine's father their passionate letters, on 23 March 1857, he was found dead from arsenic poisoning.

The evidence against Madeleine seemed overwhelming as she went to trial for murdering her lover. Douglas MacGowan's vivid account reads by turns like a thriller, a love story and a courtroom drama.

He quotesextensively from contemporary sources, notably the pathology reports, the trial testimony and the infamous correspondence between Madeleine and Emile, whose explicit content so shocked Victorian sensibilities.

Ultimately it is up to the reader to judge Madeleine's guilt or innocence.