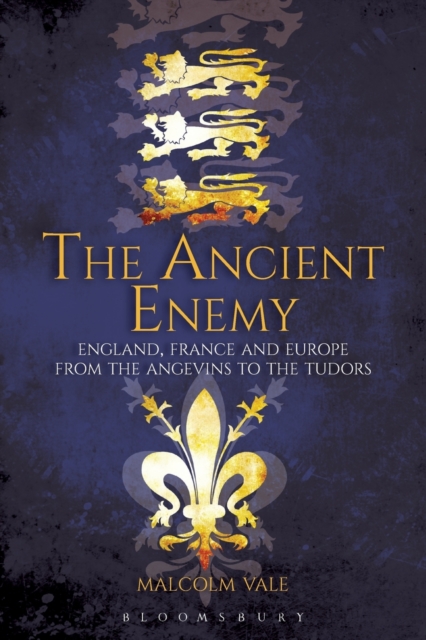 The Ancient Enemy : England, France and Europe from the Angevins to the Tudors Paperback / softback

The medieval claim to the throne of France was not formally abandoned by the British monarchy until 1802 and the so-called Hundred Years War between the two nations was never concluded by a peace treaty.

The book argues that medieval and early modern England, like Britain today, was a two-faced polity: one face looked westward and northward towards its Celtic neighbours; the other faced eastward and southward towards continental Europe.

Ultimately, from the reign of Edward III onwards, the French throne itself became the object of English ambitions and the book discusses the implications of Henry V's pursuit of that claim and its aftermath.

It emphasizes the extent to which the story of Joan of Arc, for example, has become a myth which has contributed its share to the perpetuation of Anglo-French antipathy and estrangement.The book also examines the emergence of English national identity and the part played by language in this process, as the English increasingly defined themselves against their French enemy. But the common assumptions, behavioural patterns, and culture which bound the upper ranks of English and French society together throughout this period are also stressed.

The book ends with a discussion of the legacy left by this 'continentalist' phase of English history to the changed, but by no means totally transformed, world of early modern Europe.