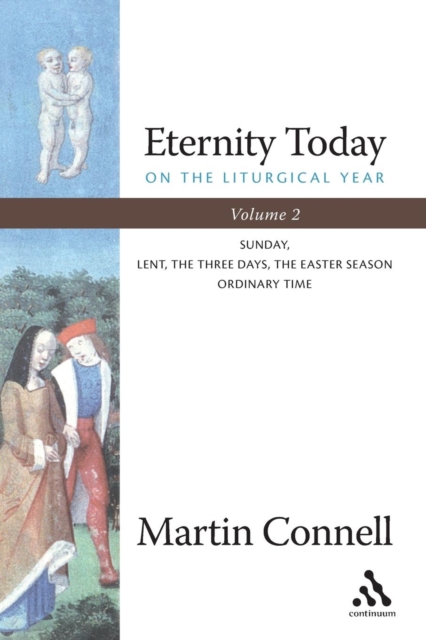 According to Dom Gregory Dix, the basic shape of the Christian liturgy has remained the same "ever since thirteen men met for supper in an upper room at Jerusalem" some two thousand years ago.

According to Martin Connell, the same cannot be said for the liturgical year.

The Triduum, or three days of Easter, only emerged in the fourth century.

So, too, did Christmas. Earlier, Epiphany was the birthday of the Savior. Although a pre-Easter fast of variable length was observed since earliest times, the precise Forty Day span only appeared, once again, in the fourth century. And that foundational fourth century also saw the beginnings of the observance of Advent, which actually took centuries to catch on.

As Connell demonstrates in this fascinating book, the varieties of Christian observance emerged in local communities stretching from Gaul to India and were often born in the struggles that were define orthodoxy and heresy. "Eternity Today" is a vade mecum for anyone who wishes to observe the liturgical year with intelligent devotion.

Throughout, Connell aims to recover the theology and spirituality of the Christian year. As an aid to reflection, he incorporates numerous selections of contemporary poetry, thereby demonstrating how secular poets can often hit upon a point that finds its echo in Christian life and ritual. "Eternity Today: The Liturgical Year, Volume 2" covers Advent, Christmas, Epiphany, Candlemas, and Ordinary Time.