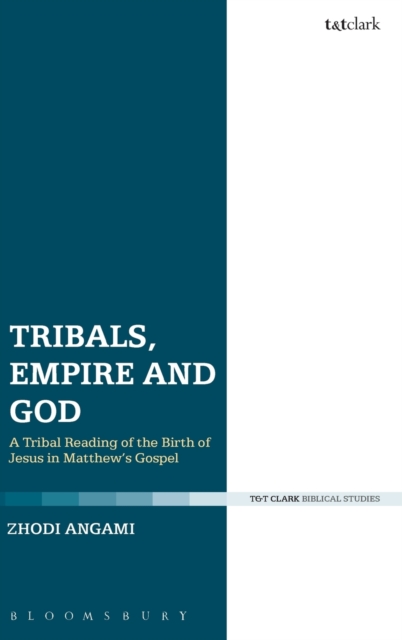 Tribals, Empire and God : A Tribal Reading of the Birth of Jesus in Matthew's Gospel Hardback

Tribal biblical interpretation is a developing area of study that is concerned with reading the Bible through the eyes of tribal people.

While many studies of reading the Bible from the reader's social, cultural and historical location have been made in various parts of the world, no thorough study that offers a coherent and substantive methodology for tribal biblical interpretation has been made.

This book is the first comprehensive work that offers a description of tribal biblical interpretation and shows its application by making a lucid reading of Matthew's infancy narrative from a tribal reader's perspective. Using reader-response criticism as his primary method, Zhodi Angami brings his tribal context of North East India into conversation with Matthew's account of the birth of Jesus.

Since tribal people of North East India see themselves as living under colonial rule, a tribal reader sees Matthew's text as a narrative that actively resists and subverts imperial rule.

Likewise, the tribal experience of living at the margins inspires a tribal reader to look at the narrative from the underside, from the perspective of those who are sidelined, ignored, belittled or forgotten.