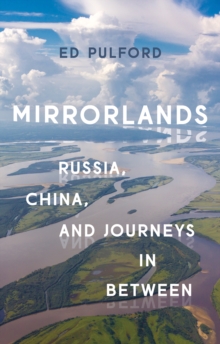 Mirrorlands : Russia, China, and Journeys in Between Hardback

'Mirrorlands' is a journey through space and time to the meeting points of Russia and China, the world's largest and most populous countries.

Charting an unconventional course southeast through Siberia, Inner Mongolia, the Russian Far East and Manchuria, anthropologist and linguist Ed Pulford sketches a rich series of encounters with people and places unknown not only to outsiders, but also to most residents of the capital cities where his journey begins and ends. What Russia and China have in common goes much deeper than their status as authoritarian post-socialist states or perceived menaces to Western hegemony.

Their shared history can only fully be appreciated from an intimately local, borderland perspective.

Along remote roads, rivers and railways, in cosmopolitan cities and indigenous villages of the northeast Asian frontiers, Pulford maps the strikingly similar ways in which these two vast empires have ruled their Eurasian domains, before, during and after socialism. With great cultural nuance, 'Mirrorlands' thoughtfully evokes the diverse daily interactions between residents of the Russia-China borderlands, and their resulting visions of 'Europe' and 'Asia'.

It is a vivid portrait of centuries of cross-border encounter, mimicry and conflict, key to understanding the global place and identity of two leading world powers.