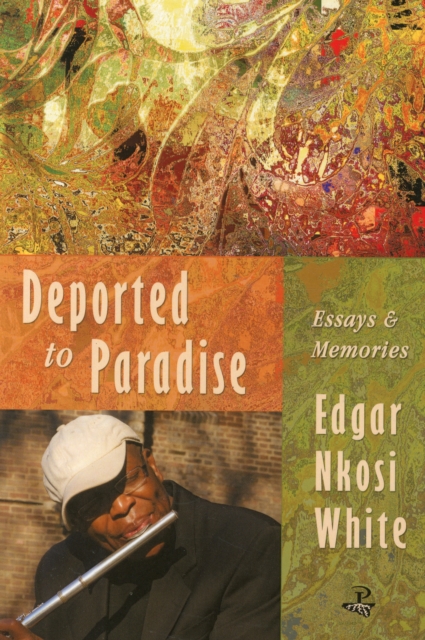 After years living in the heart of the American Empire, the dramatist and novelist Edgar Nkosi White returned to his native Monserrat, still essentially a colony as a British Overseas Territory.

Deported to Paradise is a series of free-floating autobiographical and opinion pieces that traverse the contemporary landscape of global corporations and state repression, a world that offers consumerism as an illusion of freedom and choice.

The essays, from the vantage point of the Caribbean, identify the consequences of rising inequalities of wealth and power and ask what is to be done.

In the first place, there is to be no surrender to the world of drones and clones, wall-to-wall surveillance, corporations with more power than the nation state and churches that have become apologists for the Gospel of Prosperity.

Though much of the Caribbean appears to have surrendered to the New World Order, White's essays take comfort from the fact that the mind is the only muscle capable of growth in any age and that it is still possible to live beneath a volcano in independence and grace.

His descriptions of contemporary life on Monserrat bring its contradictions as a quasi colony vividly to life.Whether you agree or disagree with White's prophetic voice from the hills, these essays will engage the open-minded reader with their exuberant prose, freshness of vision and sardonic wit.