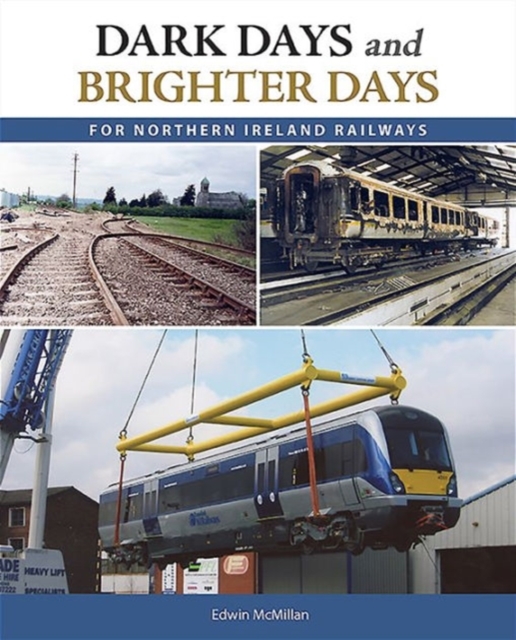 The railway system that makes up Northern Ireland Railways was formed in 1967 and remains open to this day despite threats of closure and the devastating effects of the 'Troubles'.

This new book records its history through the eyes of the author, an NIR employee for 40 years.With interesting stories and much first-hand detail, this volume recounts the frequent dark days on this small network.

On many occasions throughout the 'Troubles' there was disruption to train services; buildings and infrastructure were targeted; rolling stock destroyed; and passengers and staff were killed and injured.

However, railway staff, including the author himself, had a determination to keep services running, many putting their lives at risk in the process.On the brighter side, and through all adversity, Belfast Central Railway was re-opened; the Cross-Harbour Rail Link was constructed; railway routes and stations were re-opened; relaying of track continued; new stations were built; and new generations of trains were brought onto the railway.Documented in detail, and featuring a comprehensive and unique timeline of incidents during the 'Troubles', this record of NIR is illustrated with many images from the author's own personal collection.