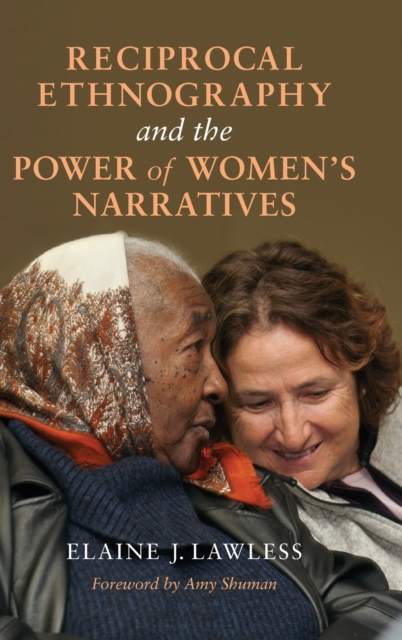 Reciprocal Ethnography and the Power of Women's Narratives Hardback

Folklorist Elaine J. Lawless has devoted her career to ethnographic research with underserved groups in the American Midwest, including charismatic Pentecostals, clergywomen, victims of domestic violence, and displaced African Americans.

She has consistently focused her research on women's speech in these contexts and has developed a new approach to ethnographic research which she calls "reciprocal ethnography," while growing a detailed corpus of work on women's narrative style and expressive speech.

Reciprocal ethnography is a feminist and collaborative ethnographic approach that Lawless developed as a challenge to the reflexive turn in anthropological fieldwork and research in the 1970s, which was often male-centric, ignoring the contributions by and study of women's culture.

Collected here for the first time are Lawless's key articles on the topics of reciprocal ethnography and women's narrative which influenced not only folklore, but also the allied fields of anthropology, sociology, performance studies, and women's and gender studies.

Lawless's methods and research continue to be critically relevant in today's global struggle for gender equality.