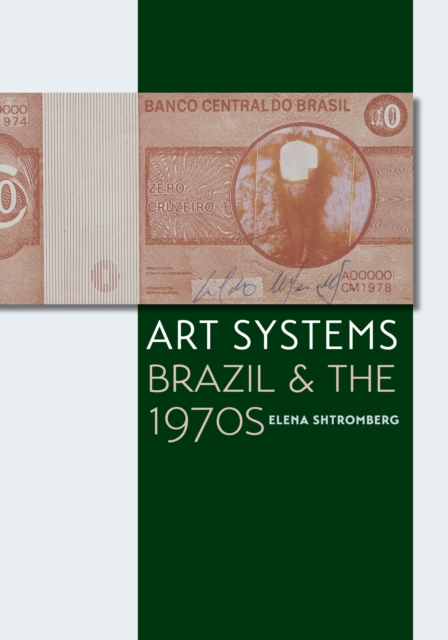 From currency and maps to heavily censored newspapers and television programming, Art Systems explores visual forms of critique and subversion during the height of Brazilian dictatorship, drawing sometimes surprising connections between artistic production and broader processes of social exchange during a period of authoritarian modernization.

By focusing on the core economic, media, technological, and geographic conditions that circumscribed artistic production during this pivotal era, Shtromberg excavates an array of art systems that played a role in the everyday lives of Brazilians.

An examination of the specific historical details of the social systems that were integrated into artistic production, this unique study showcases works that were accessed by audiences far outside the confines of artistic institutions.

Proliferating during one of Brazil's most socially and politically fraught decades, the works-spanning cartography to video art-do not conform to an easily identifiable style, form, material use, or medium.

As a result of this breadth, Art Systems gives voice to the multifaceted forces at play in a unique chapter of Latin American cultural history.