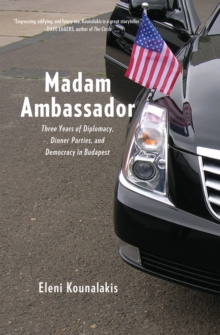 Eleni Kounalakis was 43 and a land developer in California when she was tapped by President Obama to serve as the US ambassador to Hungary.

The first Greek-American woman ever to serve as a U.S. ambassador, Kounalakis recounts her training at the State Department's charm school' and diplomatic life in Budapest.

A cross between a foreign policy memoir and an inspiring personal family story, Madam Ambassador draws back the curtain on what it is like to represent the US government abroad.'