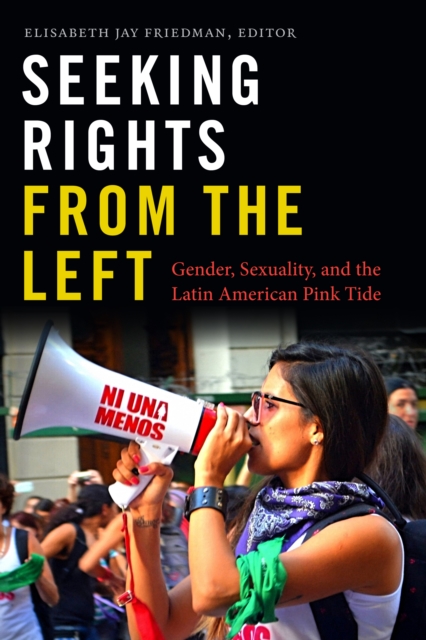 Seeking Rights from the Left offers a unique comparative assessment of left-leaning Latin American governments by examining their engagement with feminist, women's, and LGBT movements and issues.

Focusing on the "Pink Tide" in eight national cases-Argentina, Bolivia, Brazil, Chile, Ecuador, Nicaragua, Uruguay, and Venezuela-the contributors evaluate how the Left addressed gender- and sexuality-based rights through the state.

Most of these governments improved the basic conditions of poor women and their families.

Some legalized same-sex relationships and enabled their citizens to claim their own gender identity.

They also opened opportunities for feminist and LGBT movements to press forward their demands.

But at the same time, these governments have largely relied on heteropatriarchal relations of power, ignoring or rejecting the more challenging elements of a social agenda and engaging in strategic trade-offs among gender and sexual rights.