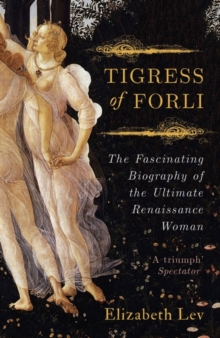 Tigress of Forli : The Life of Caterina Sforza Paperback / softback

Between her birth in 1463 as the illegitimate daughter of the Duke of Milan, to her death in 1509 as a member of the powerful Medici family, Caterina Sforza's life crossed the firmament of Italy's High Renaissance like a shooting star.

In her 46 years she bore eight children and buried three husbands.

She was painted by Botticelli, slandered by Machiavelli, and feted by Pope Sixtus IV.

She was celebrated as a warrior who fearlessly led her own troops into battle, and ruthlessly defended her city-state of Forli, but Caterina was eventually defeated, imprisoned and raped by Cesare Borgia.

Remembered as the author of a recipe book that went through more than 100 editions, Caterina was honoured at her death as 'without a doubt the first lady of Italy'.

Her youngest son would become - like her - a brilliant soldier and a national hero, and the next four generations of her descendants would include two Dukes of Tuscany, a queen of France, and a queen of England. 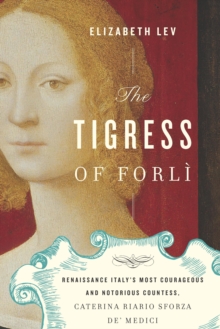 The Tigress of Forli